Nothing has really happened until it has been described”- Virginia Woolf

The sun departs the space, leaving shades of colors
colors that make you vomit about your own deeds.
The sky is bleached now,
Liting and spreading haphazardly
The first kiss should be described as the volatile movements of a poet’s pen,
a bumblebee poking the thin air,

Sometimes it’s worthless.
This continuous fight for survival,
the pervading lies of a head
so I describe a single fall of an ant in the lakes.
I could watch a blooming flower and write poetry in my head.

The fall,
the abortion, the play
the oil lamps,
the puerile laughters of children
they summarize a thing happened once.

Nothing has really happened until it has been described.

10 thoughts on “The Narration” 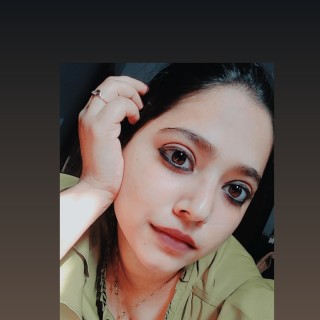 A dreamer and a believer for the upliftment of women rights. A published poet, author, writer. Believes in dancing and cooking amazing food for hungry souls at times. Loves to write and write till the moon is satisfied. My writings can be found at Visual Verse, Indian Periodical, Sick Lit mag, Duane's Poetree, Thistle magazine, among various others. Curator of Olive Skins.